I'm still not adjusted to the cold weather in Seattle and the jetlag! I've been walking and standing all day for the past ten days, so I am exhausted. It was a very surreal trip and I got to work with a great crew and met awesome people. (And ate wicked good food.)
It was my third time in Tokyo. (Last time I went was five years ago.) My favorite was shopping in crazy Harajuku...and just wandering around at night since it was so lively everywhere. Even in the kids' park at night, there are teens laughing and playing.
Some photos be here! Night time in Tokyo (Shinjuku and Asakusa)...Crickets sing and lights are everywhere as people bustle around. Lanterns are hung up for the silver week festival and stands are available for grabbing some fried fish, chicken, and beer. 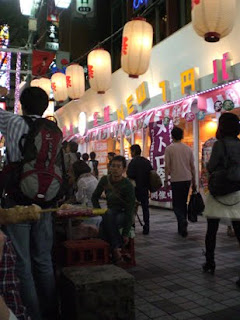 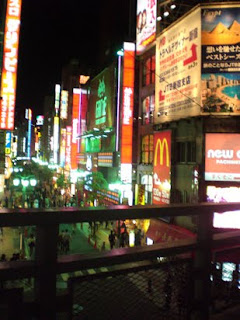 Daytime in Tokyo (Shibuya). Some of the more iconic sights. (Reminds me of The World Ends With You game and other fictions that took place in these areas.) 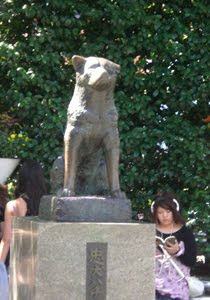 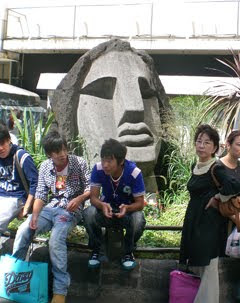 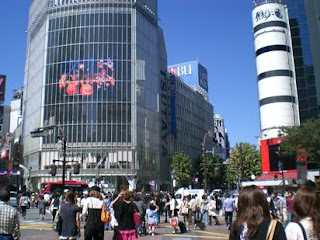 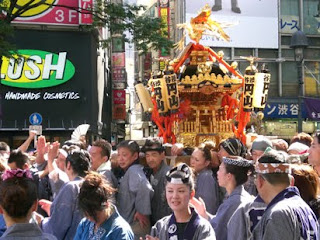 Swanky hotel I stayed in. 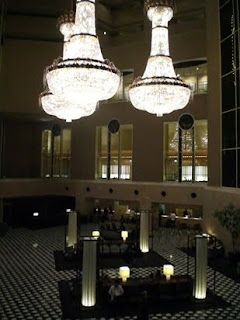 The bar where Lost in Translation was filmed!! (52 stories high, I think...the view was amazing.) 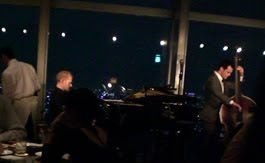 In Chiba, I stayed in a hotel with this view next to the bath tub. You can see the ocean! (There were also fireworks and the Odaiba ferris wheel which shone in rainbow colors in the distance.) 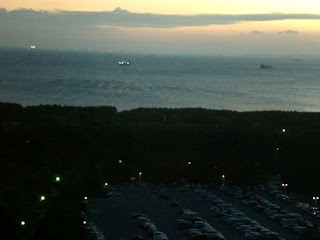 View from Mado Tower in Roppongi, where I worked for one day. Tokyo is an endless sea of skyscrapers. 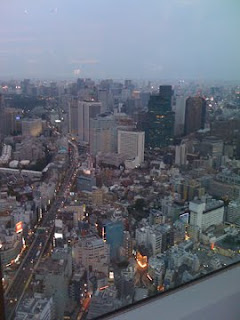 Now...For some food! Here is my favorite sushi place (Shinjuku): 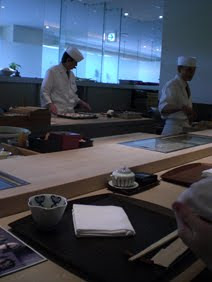 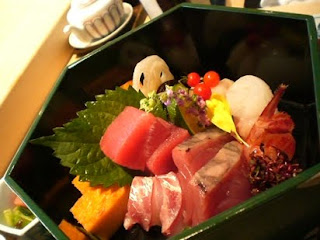 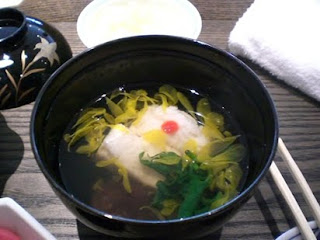 At the sushi place by Tsukiji, I had shrimp sushi...and although the shrimp was dead, the tail was still moving on rice!!!! I was scared. In the photo, you can see the tail is curling up. 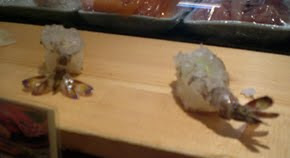 One of my favorite places was this katsu place...So satisfying after a hard day of work! This is where heaven is at, in case you didn't know:

Now...For some Tokyo Game Show stuff!! (For the most part, I was either working at the booth or taking a break backstage.) I got to play the demo of Assassin's Creed 2, though. 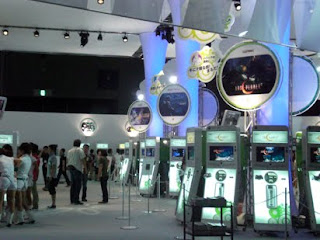 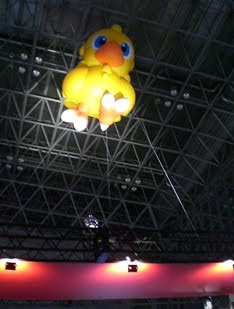 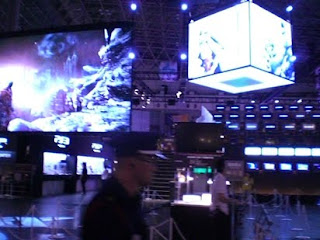 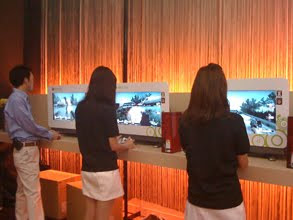 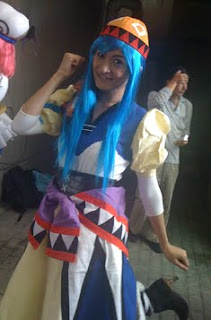 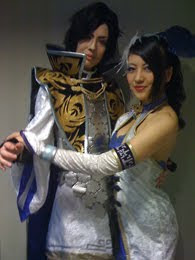 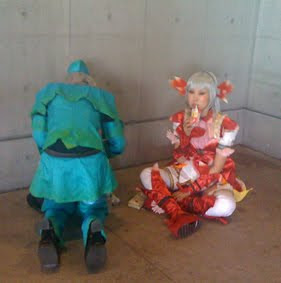 Booth girls are lined up at the end of the event. I overheard some middle-aged guys commenting that the the tiny booth girls are "fat"...I couldn't believe it! Grrr...some people... 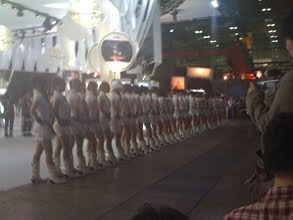 That's it! Japan is the most lively and upbeat place ever! Seattle seems very quiet and gray in comparison...sigh!
Big thanks to all the guest-bloggers and commenters during my absence! I am back now and things should be running like normal again.
--Realm
Labels: trip