News Week time! I've got a lot of catching up to do with this blog, but I am determined.
First of all...Hope you guys are excited as I am for PORTAL 2's release this week! Other than work, I've been going to events as usual. I went to the Society of Children's Book Writers and Illustrator's (SCBWI) drink night at the Marriott -- it's the pre-conference kick-off! I got to talk with the ever-wonderful Holly Cupala, whom I haven't seen in a while...and met lovely YA authors Liz Gallagher, Kevin Emerson, and Heather Davis.
I've been going to non-YA-writing events as well and I'm going to summarize all the ones I haven't gotten to yet!
____
Michio Kaku
A couple of weeks ago, I got to attend physicist Michio Kaku's talk. He is the co-founder of string theory and a communicator of science. He has just written a new book called Physics of The Future, describing possible technologies in a hundred years. (Computer contact lenses, health scanners, GPS-controlled cars, etc.) He made a lot of references to Star Trek and Forbidden Planet. He also applauded some sci-fi writers. (Go, writers!) Writing is like making theories, isn't it? 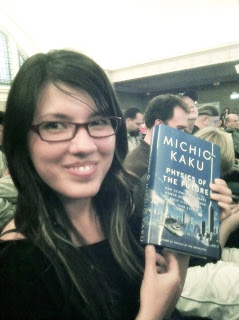 Mr Kaku had laryngitis that night, but he made many jokes regardless (he was listed as one of the 100 smartest people in NY -- Kaku said, "but Madonna also made the list."), and spoke eloquently with his usual storytelling charm. Surely, with all that's going on in Japan, he was a bit down as well. 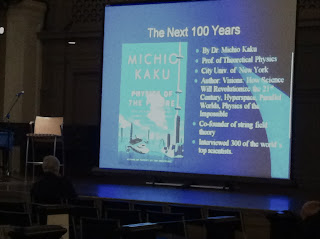 He said the situation was as bad as Chernobyl when it had just begun...and he's was right. There should be cement over the reactor before it's too late. He said it is difficult for architects to prepare for a once in a thousand year event like that. 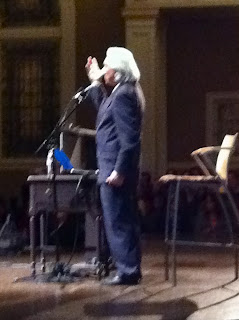 If you are not familiar with Michio Kaku, I highly suggest watching his lectures, because he makes complicated things easier to understand.
Kaja and Phil Foglio
The married couple writes and draws a popular web comic series called Girl Genius. I'd like to check it out, but I've never read it. It was interesting to see them, anyway -- especially their animated way of reading their work. They have a strong fan base. Many asked questions eagerly. One performed a fan song. Some wore costumes. The couples are now trying out a novel because, well, it's quicker to produce than a comic. (And do I ever agree! Trust me, I've tried making comics...) Their novel is called Agatha H and The Airship City. 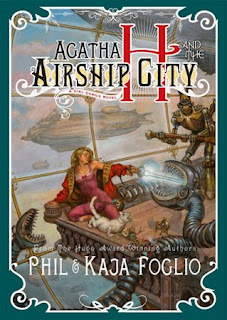 Mozart's Requiem
This is Joey's favorite symphony, so I had to see Mozart's Requiem. It is very dramatic and tragic and something to wear a black dress to...Mozart's swan song! I have a record of the Requiem and enjoy listening to it when it's either raining, snowing, or storming. It's actually an Amadeus soundtrack, if you haven't seen that movie you should -- you won't regret it. 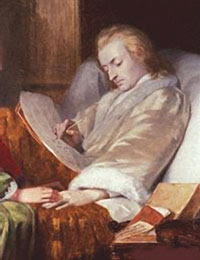 Richard Panek
An author of science, Richard Panek just wrote a book called The 4% Universe. It's all about dark matter, which is something I'm really fascinated with. Basically, dark matter is the unknown force pushing out the galaxies. The highlight of the reading was when an old man that looked like Mr Miyagi approached the stadium, and with a wise voice, asked, "HAVE YOU EVER HEARD OF DARK FORCE?"
Richard was like, "You mean...dark flow?" 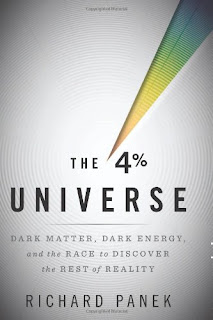 Brian Greene
Author of The Elegant Universe, theoretic physicist, and string theorist...Brian Greene! It was an honor to attend his talk. Like Kaku, he is also a great talker. He came out with a book called Hidden Reality, about parallel universes. Basically, if you believe in math, you believe in parallel universes. If you shuffle a deck of cards a million times, you will eventually get the same order as an order you once had. Hence, he thinks that somewhere out there, something like Earth has happened. Very interesting perception on how math interacts with our world. When he described gravity, it made me very aware of how I am pulled toward the Earth -- almost made me feel heavy. 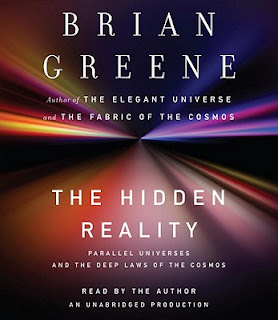 Little Dragon
I went to their concert on a tired work night, mid-week...but was pumped once I got there since the music is full of life. Never heard of 'em? Just look at this vid and love it (there are shadow puppets that cry little beady tears and trees that whisper into the air -- you want to see it):

Opera: Songs of Cleopatra
This was part of the Baroque series. The intense Isabel Bayrakdarian wore a dramatic, red dress and sang her lungs out. I particularily enjoyed Morte Col Fiero Aspetto -- pretty and emotional.
____
I hope you guys found something interesting out of the things I've been up to this early spring! More updates soon!
--Realm
Labels: news week