It's time to catch up on the many events! While I may not be going to BEA this week, I've attended quite a few little events this past month. (And...revisions for my book is done! Well, the first pass, at least.)
John Scalzi
After tweeting with sci-fi author John Scalzi, I finally got to meet the kind, humorous, and talented author. (He knows a bunch of my coworkers and loves videogames.) He did his reading for Fuzzy Nation at UW. He even included a little puppet show and a ukulele musical by Molly Lewis based on Fuzzy Man by Paul and Storm. 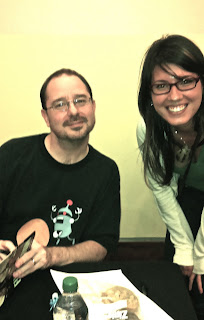 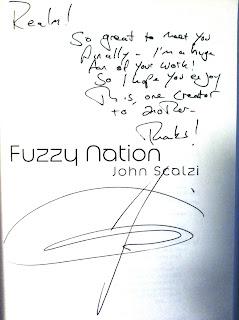 Neil deGrasse Tyson
Neil deGrasse Tyson is one of the best communicators of astrophysics! He is so fun and full of energy. I love how he makes everything simple to understand. I am fortunate that I got to attend the lecture at UW...it was quite packed. I highly recommend watching his lectures (or attending them). He talked about the demotion of Pluto (it comes down to the fact that there are bigger Kuiper Belt objects and there are moons bigger than Pluto). He also touched on the notion of "2012" -- Are you going to trust ancients or today's astrophysicists? He just came out with a book The Sky is Not The Limit. 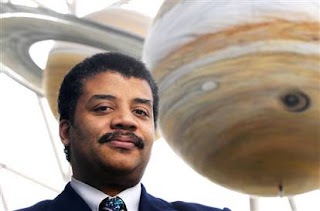 Hal Sparks
Hal Sparks is an actor and comedian. He played the character Michael Novotny (adorable!) from Queer as Folk. I wasn't sure what to expect from Hal's stand-up. I don't know him as a comedian and...I've never been to a stand up before! Well, he was freaking hilarious. I just about cried. He makes a good Seattle-emo impersonation. He's also a nerd, talking about dinosaurs, space, and biology. I heart him more than before. 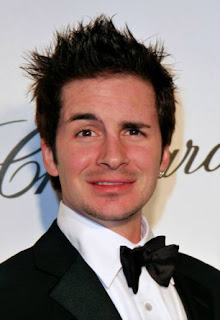 Magic Flute
I've always wanted to see The Magic Flute (opera composed by Mozart) and finally did. Why did I want to see it? Well, like everyone else I wanted to see The Queen of Night! A Japanese lady named Mari Moriya played The Queen of Night and I couldn't believe such a powerful voice came from such a small body. She was confidant and hit every note right. I also liked her starry stage. 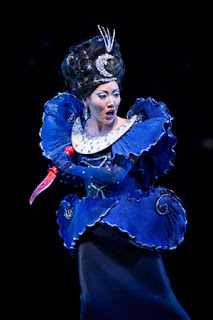 Listen to the song here (though not same singer). In this song, The Queen tells her daughter to murder:

Of Montreal
Of Montreal played midweek, midnight -- ouch for people that work full time! I didn't stay for the whole thing, but I enjoyed their crazy costumes and energy. I heard them for the first time in a little club in Berlin and never forgot them.

Marc Kaufman
Astrobiologist Marc Kaufman writes for the Washington Post. He talked about extremophiles (organisms that survive in extreme conditions) as well as planets with potential for microbes. I found it most interesting that he mentioned the potential for METI (like SETI, but instead of listening, METI would "project" -- increasing likelihood of finding intelligence "out there"). But many still fear of being "found by an alien" through METI. Marc just wrote a new book called First Contact. 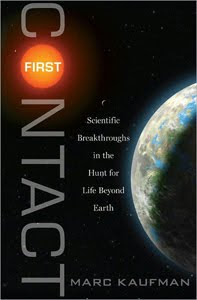 That's all my ventures for the month!
--Realm
Labels: events news week