First news... I interviewed YA author Kody Keplinger for her upcoming book, SHUT OUT. The interview will be up next Monday, so stay tuned!

Also, I just got done with my book revisions and am sending it to my agent today. Hurray!

In memory of the victims of Hiroshima and all others victims of violence and war, every year, hundreds of people float lanterns across Green Lake in Seattle.

There was a musician playing a wooden flute as the lanterns floated. It was a peaceful event and good to see so many different people coming together for the festival. People wrote kanji words representing peace and friendship on the lanterns before floating 'em off. 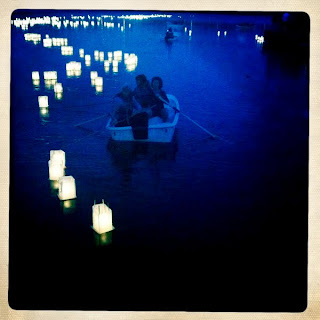 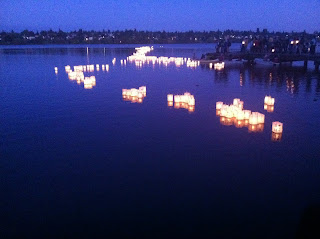 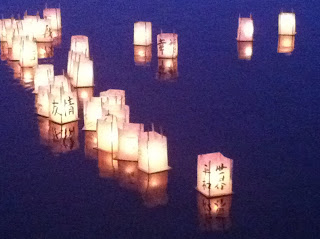 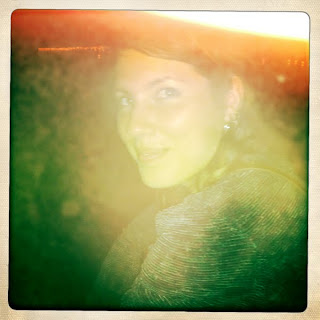 Joey's fifteen year old niece, Madison, was visiting and she likes Twilight, so we decided to take her to the peninsula. I've lived in Washington for over ten years but never been, so I was excited about our summer trip. We took the ferry to Bainbridge Island and drove over to Forks. I was hoping it'd at least be a creepy town... but it was really small and bland. There wasn't much to see except for a ton of Twilight advertisement plastered all over town. We went to a diner for lunch and the place was decorated with game animal heads. Outside, there were a lot of logger trucks.

We went to the rainforest. It was full of my favorite kind of trees--ones draping with moss, like curtains. 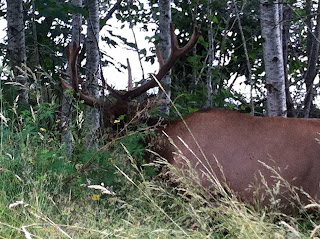 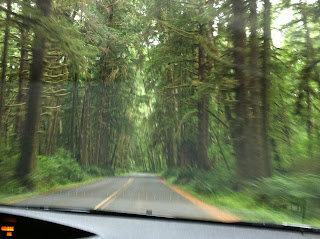 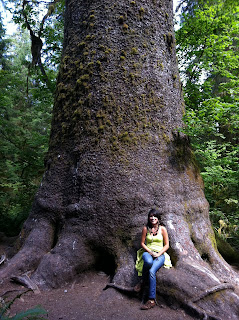 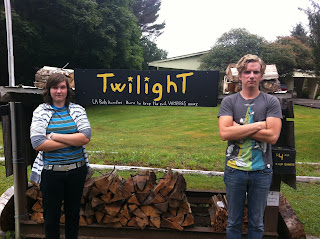 I've also never been to the Seattle Library (famous for it's eccentric architecture), so we took Madison there. There's one floor that's just blood red from floor to ceiling so we took some pictures there. 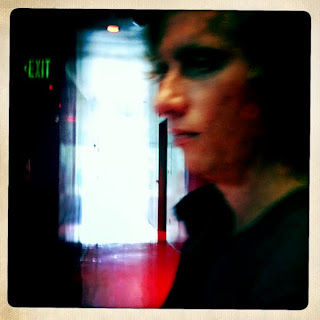 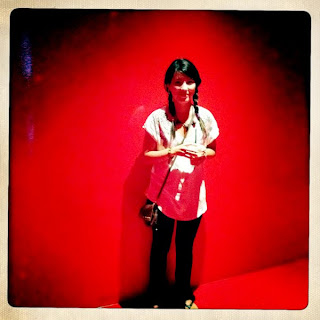