Autumn has brought us a ton of great, new book releases! Many of my writer friends got their new novel out in the past few months and I'm excited to tell you about them. I'm especially excited because these writers are super kind, hardworking, inspiring, talented, and full of will power and determination.
Shelli Johannes-Well's Untraceable: 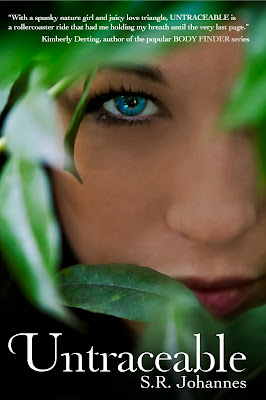 Shelli Johannes-Wells has been offering marketing advice on her awesome blog for a long time. I really love this recent blog post she wrote on indie publishing--you must check it out. Back in 2009, she also interviewed me. Shelli has always been so helpful to the writing community and I'm happy to see Untraceable's launch success! Her YA thriller sounds like a great concept.
Untraceable blurb:
Grace has lived in the Smokies all her life, patrolling with her forest ranger father who taught her about wildlife, tracking, and wilderness survival. When her dad goes missing on a routine patrol, Grace refuses to believe he’s dead and fights the town authorities, tribal officials, and nature to find him. One day, while out tracking clues, Grace is rescued from danger by Mo, a hot guy with an intoxicating accent and a secret. As her feelings between him and her ex-boyfriend get muddled, Grace travels deep into the wilderness to escape and find her father. Along the way, Grace learns terrible secrets that sever relationships and lives. Soon she’s enmeshed in a web of conspiracy, deception, and murder. And it’s going to take a lot more than a compass and a motorcycle (named Lucifer) for this kick-butting heroine to save everything she loves.
Gretchen McNeil's Possess: 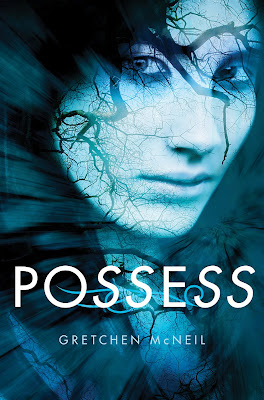 Gretchen McNeil has also been a giant supporter of writers. She is often busily working on YaRebels. And she's a singer, a hard worker, and always there to cheer writers on. Big glass of champagne to her success! Her debut Possess is out! If you like horror and YA, this is for you.
Possess blurb:

Fifteen-year-old Bridget Liu just wants to be left alone: by her over-protective mom, by Matt Quinn, the cute son of a local police sergeant, and by the eerie voices she can suddenly and inexplicably hear. Unfortunately for Bridget, the voices are demons—and Bridget possesses the rare ability to banish them back to whatever hell they came from. Literally.

Terrified to tell her friends or family about this new power, Bridget confides in San Francisco’s senior exorcist, Monsignor Renault. The monsignor enlists her help in increasingly dangerous cases of demonic possession, but just as she is starting to come to terms with her freakish new role, Bridget receives a startling message from one of the demons. And when one of her oldest friends is killed, Bridget realizes she’s in deeper than she ever thought possible. Now she must unlock the secret to the demons’ plan before someone else close to her winds up dead—or worse, the human vessel for a demon king. 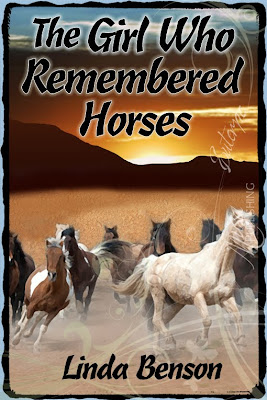 Linda Benson is a kindred spirit who loves nature. She reached out to me when I was down and has always been so encouraging. It warms my heart to see her book out. Giant congrats to Linda! Read the blurb for The Girl Who Remembered Horses--sounds beautiful.
The Girl Who Remembered Horses blurb:
Several generations into the future, Sahara travels with her clan in a barren environment where recyclables are bartered for sustenance, and few remember horses or their connection to humans. But Sahara has recurring visions of riding astride on magnificent animals that run like the wind.

With the help of Evan, a young herder from the Gardener's Camp, Sahara discovers a crumbling book containing pictures of humans riding horses and learns her visions are real. Confronting a group of hunters led by hot-headed Dojo, Sahara rescues a wounded horse, but the animal escapes before it can be tamed.

Sahara is labeled a foolish dreamer and almost gives up her quest. Following horse tracks into a remote ravine, she finds wild dogs attacking a dying mare, and must drive them off in order to save the foal. Now she must attempt to raise the young animal, finally convince her clan of the ancient bond between horses and humans, and learn the secret of her true identity.
Karen Duvall's Knight's Curse: 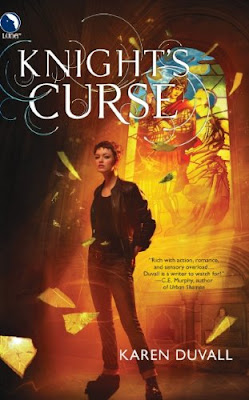 Karen Duvall came out with Knight's Curse, an urban fantasy. (Did you know she's also a graphic designer?) She is another author who worked very hard and has always been there for others. This is so well-deserved. Thank you for all the support, Karen.
Knight's Curse blurb:
A skilled knife fighter since the age of nine, Chalice knows what it's like to live life on the edge—precariously balanced between the dark and the light. But the time has come to choose. The evil sorcerer who kidnapped her over a decade ago requires her superhuman senses to steal a precious magical artifact…or she must suffer the consequences.

Desperate to break the curse that enslaves her, Chalice agrees. But it is only with the help of Aydin—her noble warrior-protector—that she will risk venturing beyond the veil to discover the origins of her power. Only for him will she dare to fully embrace her awesome talents. For a deadly duel is at hand, and Chalice alone will have to decide between freedom…and the love of her life. 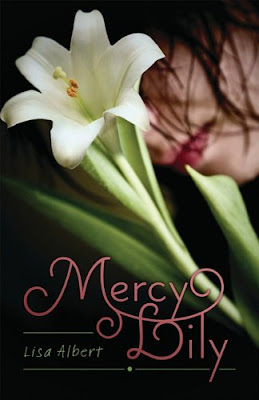 Lisa Albert's contemporary YA--Mercy Lily! Lisa is warm-hearted and always cheering us writers on. Love the clear concept of Mercy Lily and how it shows through in the cover art. Thank you for all your support, Lisa! Many cheers to Mercy Lily.
Mercy Lily blurb:

I take the bees outside, unscrew the lid of the bee jar, and listen to their angry buzzing.
"I hate you," I whisper.

Lily's mother has slowly been losing herself to multiple sclerosis. After traditional treatment fails, she uses bee sting therapy, administered by Lily, to alleviate her pain. Lily is trained as a veterinary assistant, so she can easily handle the treatments. What she can't handle is what happens when the bee sting therapy fails and it becomes clear that her mom wants to die.

One beautiful spring day, Lily's mother asks her for the most impossible thing of all—mercy. While navigating first love, friendship, and other normal worries faced by high school sophomores, Lily also has to choose: help her mom go, or cling to her fading life for all it's worth.

I hope you guys picked some of these new books up for your winter vacation reads!

In other news, did you guys see The Simpson's YA episode? (It's on Hulu now!)