I'm excited to start sharing details from my UK travel! A couple years ago I bought plane tickets to London so that I can research for the Le Fay Series. I wanted to get a feel for the setting and venture to key Arthurian sites that will be important for Morgan le Fay's journey. The adventure involved an epic road trip around Great Britain.

Let's start with Stonehenge! Prior to my travel, Stonehenge inspired the Henge--one of the Royal Relics in the Le Fay Series.

Did you know that there's Arthurian legend associations with Stonehenge? There's a story that Merlin constructed the monument. Of course I had to add this to my Arthurian research adventure list.

Before I added Stonehenge to my itinerary, some people who have visited Stonehenge before warned me not to go, that it was a "bunch of rocks." Regardless, it was a must visit for me! I'm very glad I went because Stonehenge left a very strong impression on me and one of the few things I remember clearly from my trip. I was a bit concerned at first that the barrier and crowds would cancel out the grandness of the stones, but for me, it did not. 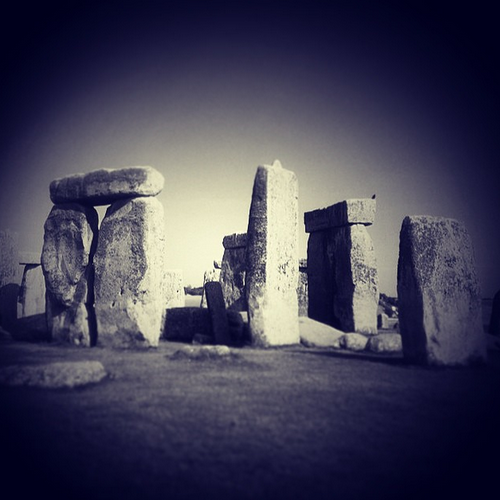 My fiance and I hit up Stonehenge on our way back from a giant road trip all over Great Britain--it was on the way back to London. I could see the stones as we drove toward it. 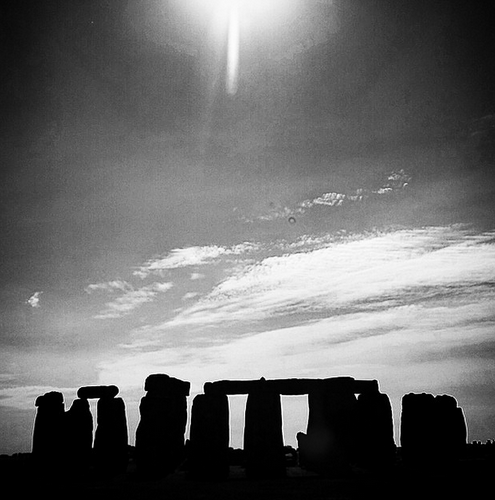 As Morgan noted in Henge, I was struck by how soft and organic the stones appeared--almost as if they were people standing. My theory is that it looks like elaborate gravestones for multiple people and the stones also served ceremonial purposes. The stones look much larger in person and it is truly baffling how anyone constructed it. I had a strong sense of awe as I walked around the stones. Whoever built Stonehenge... they must have had a very strong belief system, so strong, that they took lifetimes to build this and wanted it to last through centuries. I wanted to add that epic feeling into Henge.

After we walked around Stonehenge a couple times, we sat on the grass and hung our for a while as we watched the sunset turn the stones gold. I took notes in my notebook on my impressions of the stones and the surrounding such as what kind of birds were hanging around the stones and how the grass felt. We stayed for a total of 3 hours.

Did seeing Stonehenge in person affect my writing of the Henge scene? I did get a few ideas while walking around. I noticed that the space between the stones looked like doorways and it inspired me to make Morgan see different realities within these spaces. 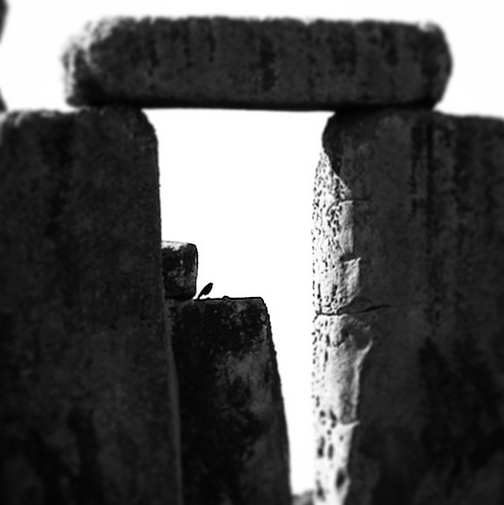 I also thought of Morgan having the Henge all to herself for an hour at midnight... that's way lucky! I hope you enjoyed my photos from Stonehenge! 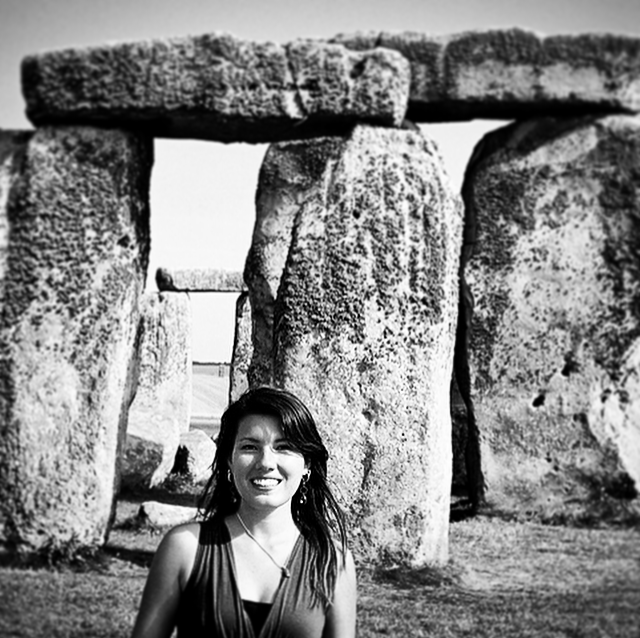 "In the distance, the Henge juts out against the dark blue sky. Its shapes are like figures standing and waiting. I carefully walk toward it. The stones look eerily human despite their geometric form—something about the way they stand on the ground. I step under one of the arches, brushing my hand against the rough surface partially covered in moss. My skin tingles on contact. Magic is here."--Henge (Le Fay Series)

More photos of my research adventure coming up!