Now that GRAIL is out, I will be continuing to post photos from my Le Fay series research adventure!

During our drive through south Wales, we stopped by the tiny town of Caerleon, which some say used to be Camelot. I believe it was one of the smallest towns we visited with tiny roads and it looked ancient with stone buildings.

The main attraction: There is an amphitheatre there that's been theorized to be the Round Table. We stopped by to take a look. Of course, it's not a literal table, but some think it may have been the meeting place for Camelot's royal court. Who knows what it was? The circle was huge! It definitely looks like it used to be some kind of gathering place.

In GRAIL, I introduced the Round Table--since my story is modern, I used it as a meeting room.

Me sitting at the edge of the amphitheatre: 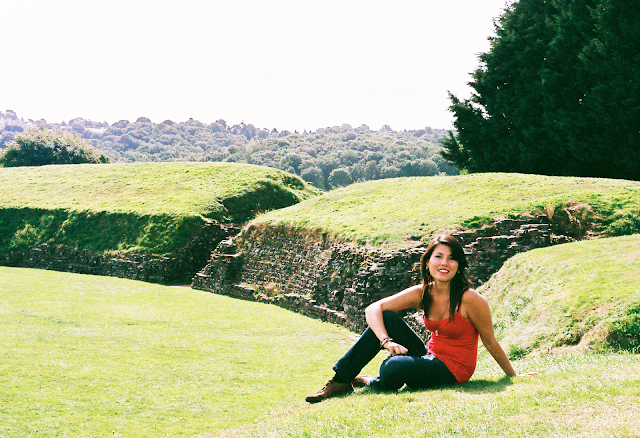 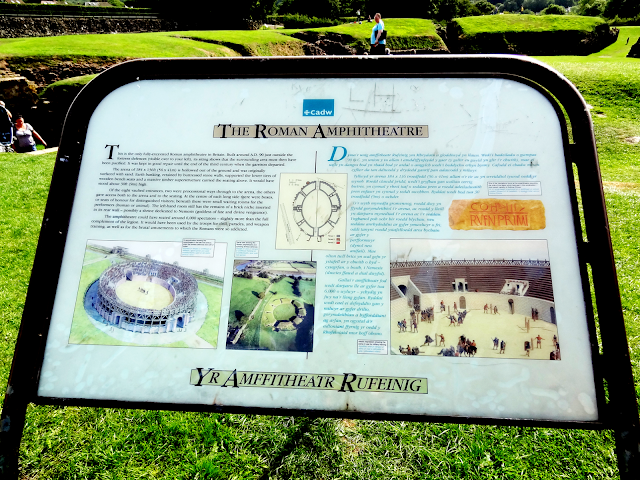 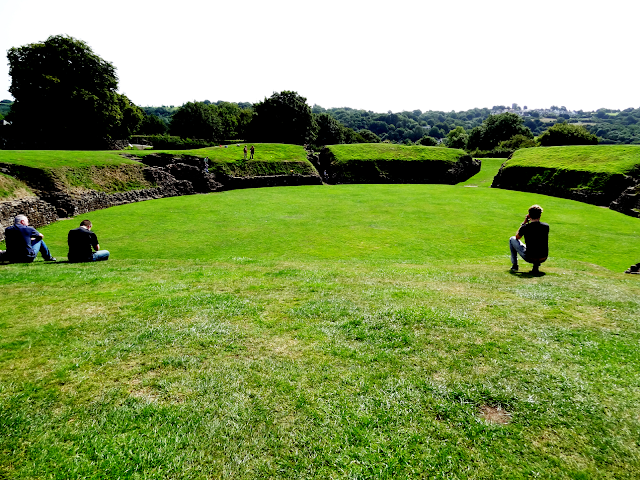 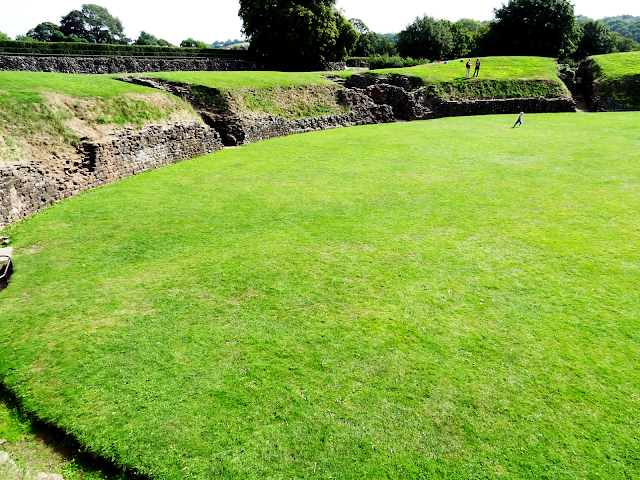 There's another ruin (Cadbury Castle) theorized to be Camelot, but because there is nothing to exactly see there, we omitted it from our already packed schedule. The bottomline is that it's really up to the imagination where it could have been if it even existed.

For my modern version of Camelot, I placed it closer to Glastonbury and Bath, since it was a good central location to other key places in the story. I also felt a strong modern Camelot-vibe in Bath, which I'll post about in the future.

I hope you enjoyed the photos! Looking at them reminded me what a beautiful sunny day it was and how happy I felt exploring the UK and dreaming of the Le Fay series. Being an author is hard work, but there's something really special about this job, especially when it involves research like this.