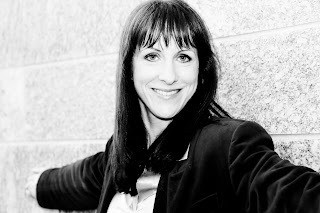 My name is Alice Osborn and I’m a born editor and a very picky reader. As a kid, I had to analyze books, movies and songs. Had to. My dad often told me I “thought too much,” but I couldn’t help it. I remember reading books that I wish were better written and I’d ask questions about why the author didn’t mention so and so. At the time I didn’t know what the phrase “plot hole” meant, but that’s exactly what I found in all of the fiction I encountered. As a result I started reading nonfiction, comic books and “movels” — movie novelizations; as least the plot didn’t lack any key elements and I already knew how the story ended. The only “fiction” I could stomach were the Greek myths since they were character-driven tales where the god/goddess/mortal had to cross almost insurmountable odds to achieve their goals. They were also violent. I loved the story where Artemis is bathing and a poor slob enjoys the peep show. He doesn’t last long since she turns her dogs on him. Perhaps this is why I’ve always been a fan of Star Wars, which is really a myth disguised as Luke Skywalker’s coming of age story of finding the home in his heart.

Speaking of Star Wars, I also loved going to the movies where I’d beg my father to sit through the credits so I’d know where it was filmed and who did the sound editing. He always complied and never told me it was a little weird. Well, he probably understood me since he always pointed out anachronisms. For instance, in Raiders of Lost Ark which was supposed to take place in 1936, they showed a 1942 Ford, and boy did that mistake bother him! My husband, Keith, a vintage car owner, also loves to point out these issues to me, which makes only one trait my father and husband share.

Going to the movies and to the comic book store with my dad turned out to be one of our favorite things we’d do together. Thanks to Dad, he also bought me and my brother several comic book subscriptions: Spiderman, G.I. Joe and Star Wars that would arrive in our mailbox in brown paper wrapping. My brother never read the comic books meant for him, so I became an enormous G.I. Joe fan by reading the comic book while playing with all of his action figures. Again, I loved the strongly developed characters and how they picked on each other while laughing in the face of danger. One of my favorite lines was, “You’re about as funny as a hand grenade.” No wonder I loved Predator and The Hurt Locker; both war dramas with strong characters and intense action. You know I’m also a fan of Lost for these same reasons and haven’t missed an episode since it premiered in 2004.

In college I majored in business and worked at Belk in several capacities for nine years. I dabbled in writing, but it wasn’t until I began grad school at NC State in English did I enter “editing world” through the tutoring portal. I tutored students in writing and speaking throughout my grad school stint, but I edited too much, which frequently got me in my trouble with my boss. That was OK, I’m not a tutor; I’m an editor.

A little more about Alice:

Alice Osborn, M.A. is a freelance writer, editor, award-winning poet and speaker offering editing and writing services to small businesses and creative writers. Not only does Alice edit fiction, paying close attention to characters and structure, she also teaches and writes it herself. Alice is the author of Right Lane Ends (Catawba, 2006) and she is a United Arts Artist-in-Residence where she teaches creative writing at the elementary and middle grade levels. Her work has appeared in the Raleigh News & Observer, The Pedestal Magazine, Main Street Rag, Wake Living, Sandlapper, the 2008 and 2009 Kakalak Poetry Anthologies, the Raleigh Quarterly, Soundings Review, Gutter Eloquence Magazine, and more. Alice lives in Raleigh, NC with her husband, son and daughter.
www.aliceosborn.com

Thank you for this beautiful, well-written gust blog, Alice! I hope everyone enjoyed reading this as much as I did!

New comments are not allowed.