Fall is here! Joe and I just got back from Fairbanks, Alaska. We went on a quest to see the northern lights. Since there's been a lot of solar storms, we thought our odds were good. The first night, we only saw a foggy, white cloud which was the aurora. Then, the second night, after some snow, we saw a bright patch in the corner of the sky. We bundled up in our winter gear and went outside. The aurora spread across the sky and eventually began to dance and whip about, streaming like rays. We saw an aurora that appeared to be "galloping" toward us before it faded. Another one swirled above us. In summary, the aurora borealis rocks!!! My nerd-astronomy-loving heart is satisfied. The aurora is not as green in real life as photos, but it's still bright. I didn't expect the aurora to move so wild like it's got a mind of its own! Once we got really cold, we went back inside, but I could still watch the lights through my window as I drifted to sleep. 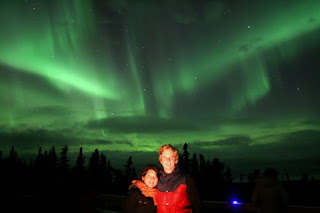 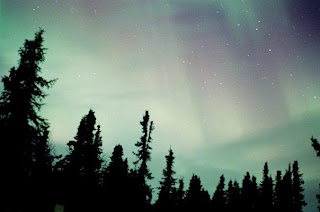 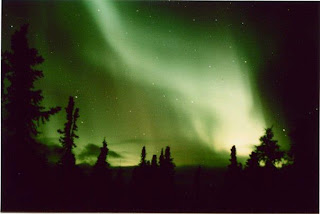 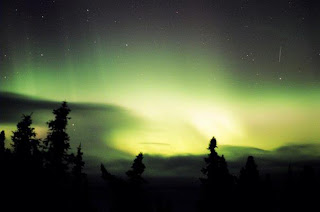 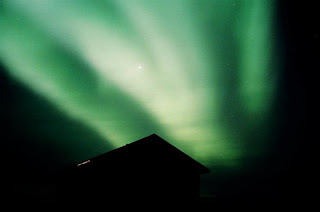 A walk in the boreal forest, which consists of beautiful, white elm trees and utter silence: 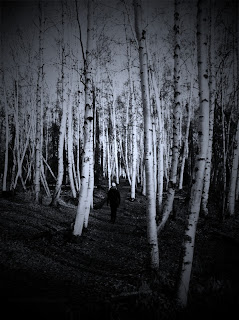 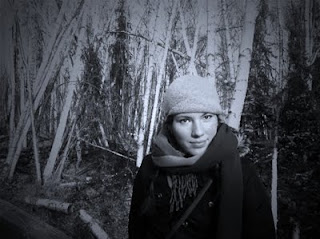 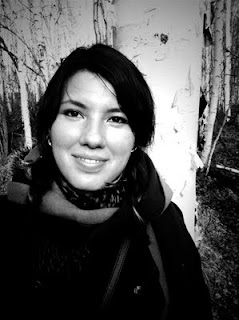 Our cute lodge with mountain view (Why make the pic so small, blogger?): 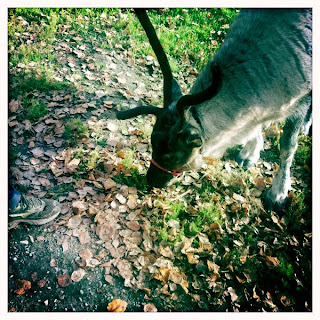 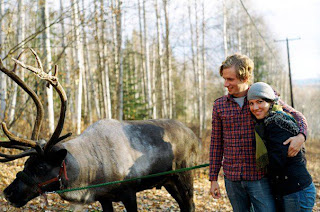 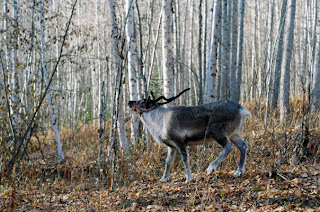 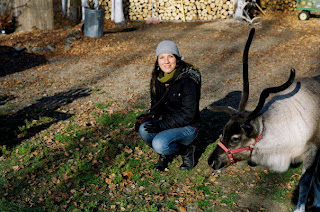 Ice bar! We got an appletini in an ice glass: 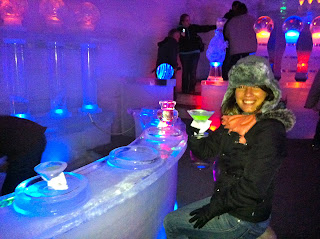 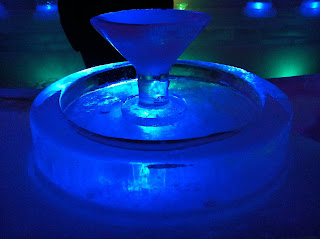 Husky ride! The dogs run fast and seem to have unending energy: 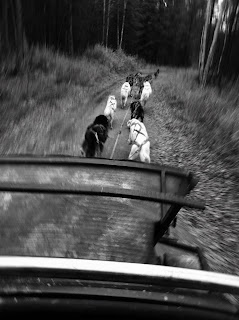 Food! The left is the aurora borealis cocktail. The middle is a giant steak--best steak ever. And on the right is a milky way martini, which was like chocolate:

We hiked Angel Rock, where there are many tors studding the mountain top: 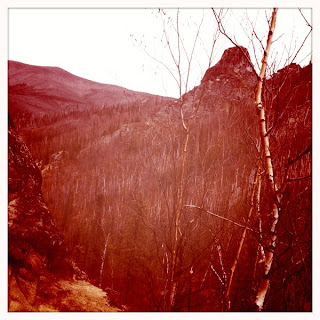 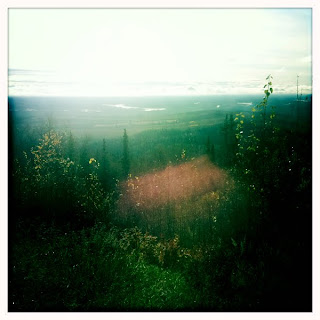 I got an aurora borealis labordite necklace to remind me of my trip: 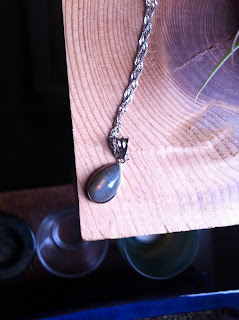 This pic isn't from the trip... it's from new year's eve! On NYE this year, we went to an aurora borealis party where the ceiling was strung up with fake auroras made out of ribbons. Little did I know I would see them this year. I guess it's a reminder to seek the unknown: 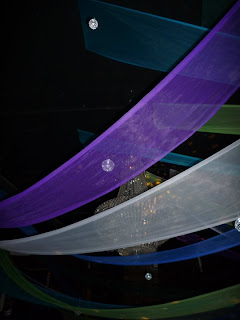 In short, Alaska was peaceful, quiet, and wonderful. The people were kind, the air and water fresh, and the food delicious. I've been on many trips, but this was one of the few times I had a really hard time leaving. I miss the stillness and making breakfast while looking out at the mountains. When the air, view, and everything is pristine and pure, it's hard not to feel healthy and good. I wish I could transport that feeling into Seattle, but our little city is quite crowded and muggy. And I have a view of the street. Oh well!
--Realm
Labels: trip