CLAN - The Best of CLAN

To wrap up the CLAN audiobook promotion, today I'm sharing my favorite artwork and scene from CLAN. Don't forget: I have a handful of free download codes for CLAN available--if you are interested in reviewing, please contact me and I'll send you the code! Audiobook reviews are coming in and can be seen on the Audible page.

Here are my favorite pieces that I drew: 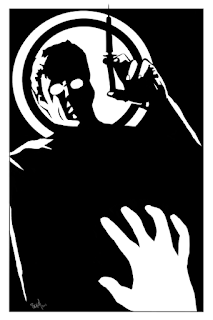 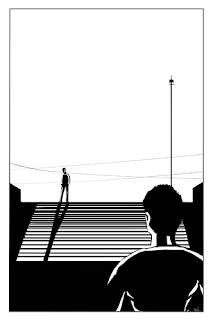 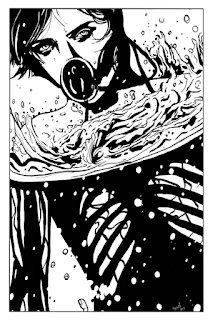 For the promotion, I created posters of the five values of Clan: 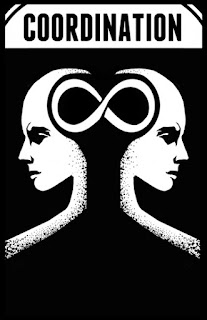 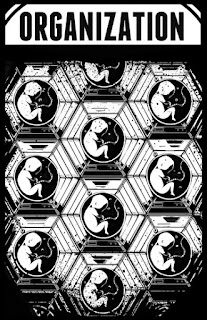 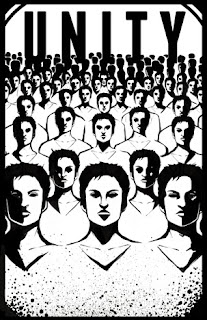 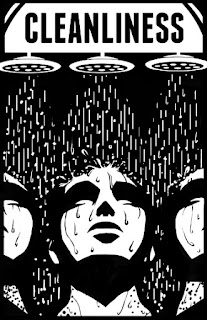 My favorite shots from the CLAN book release party, taken by my best friend Morgan Alain: 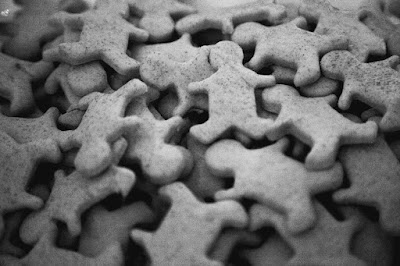 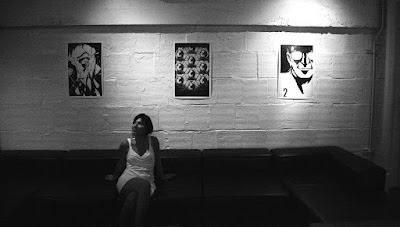 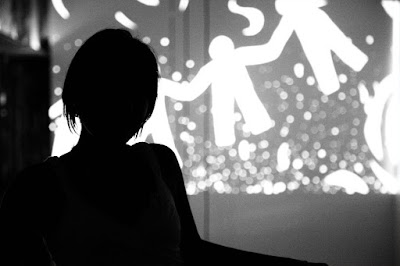 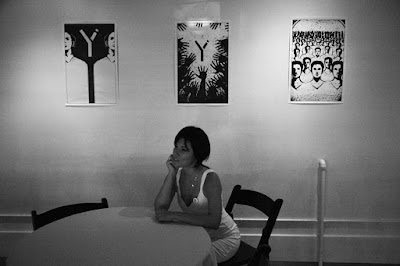 My favorite scene from CLAN is when Buster and Twain meet for the first time:

Twain rubbed his head and stared at the ground, blinking rapidly and chewing his lip. His vision dimmed as the bitter taste in his mouth brought him back to reality. Please don’t get sick…
“I think he looked at us,” someone whispered with childlike wonder. 1249’s nose was almost touching the glass capsule. The light put a halo around his slightly rumpled hair. He wasn’t chewing his gum today, but he still had the sugary scent on him.
“His eyes are closed,” Twain said. “They just look open because his eyelids are transparent.”
1249’s eyes caught the blue light when he turned away from the fetus. “In which case, he sees through them…”
“Sure.” Twain looked back to the floor and took a large gulp of air. Nausea crawled through his stomach.
“Are you all right?”
Twain looked up. “What?”
“I asked if you were all right.”
Twain noted that 1249 said “I.” Only Father Krume and the First-Batchers were allowed to say that. Was he trying to act like the leaders of Clan?
“Why would you ask something like that?”
“You look ill.”
Twain tried to rectify his posture as he turned his face away. 1249 is strange.
“You have a bruise on your face,” 1249 continued.
Twain grimaced. “You can see it?”
“How can I not?”
“We thought… nobody noticed.” Twain’s eyes darted over to 1348 who was standing among the cluster of students up ahead.
“You afraid of him?” 1249 whispered.
“Afraid? I…” Twain started, but the word “I” hung in the sticky air.
Slowly, 1249’s mouth curved into a smile.
Twain backed away.
“My name is Buster,” 1249 said.
1249—Buster.
“Buster?”
“Yeah.”
“Your sponsor calls you that?”
Buster turned back to the fetus as the crowd ahead moved up a bit. He snorted. “Don’t got a sponsor.”
“Why do you have a nickname then?”
“Why not? What’s in 1249 anyhow? It doesn’t describe me well enough.”
“Do the Pod-Tenders know about this? And why’d the Pod-Tenders miss your haircut?”
“I’m not in the Pod.”
Twain couldn’t compute. Not sponsored or in the Pod? Impossible. 1249 is lying. “Well,” Twain hedged, changing the subject. “We all came from here one way or the other—might’ve been neighbors in our Incubation Tanks even.”
“1249 and 1672? Far from it. I bet I’m at least six months older than you.”
“Either way,” Twain whispered, “we all live the same life, in the same body—exact bodies in one structure.”
“Don’t quote Clan law to me. Look here.” Buster pointed at two fetuses in the cases in front of them. “That one is moving a lot, and the other one is stock still—they’re making different decisions, even as blobs with little stick arms.”
Twain looked directly at 1249’s face before he could stop himself.
Buster smiled again.

I hope you guys enjoyed this post! It was nice to look back on my first novel. Next up... stay tuned for more Le Fay posts!