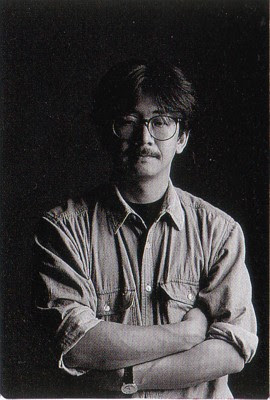 As some of you know, I am in the video game industry. Being inescapably interwoven into nerd-dom, I was fortunate enough to attend Nobuo Uematsu's interview over at the DigiPen campus. (Where I went to school.)
Uematsu-san is the composer for the Final Fantasy series. He is the biggest icon in video game music. Even if you don't play games, his gorgeous music is well worth listening to and inspiring for both art and writing. I have so many memories associated with his music, it's like nostalgia Niagara Falls. Final Fantasy VII? One of the best games ever made. Period.
Whether you're a writer or an artist, you can glean some wisdom from his advice, which I will jot down here (to the best of my memory).
When asked how Uematsu-san handles "writer's block," he simple said that he is not allowed such a block. If he approaches making a new piece by thinking he will make a "master piece" he will not get anywhere. Instead, whether it's a good idea or a bad one, he just starts it, knowing that once the ball gets rolling something will come out of it.
Uematsu-san states that he tries to do what he hasn't done before. It adds exhilaration to his creativity. He wants to be a little scared and excited when composing a piece. He also pays close attention to what music he hears that inspires him to use as a diving board. He advises everyone to not pay attention to what is popular, but instead, to take what excites you in your heart.
Another interesting comment is that back in the day, he could only use three notes and that was difficult for composing. Yet, that boundary forced him to be more creative, and he believes constraints can often be empowering to growth, not limiting.