Hurray! The final book in the Le Fay series is out! I very much hope readers will enjoy the conclusion. To see SPEAR on Amazon, click here. To add SPEAR on GoodReads, click here. 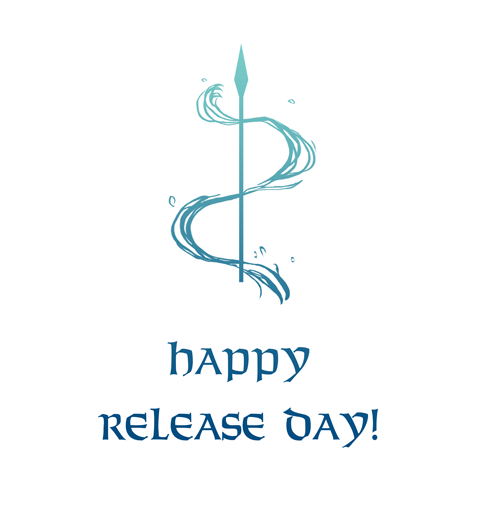 I first drafted the books in 2011. The story across four books has not changed since then. At first I had no idea that I had written a 4-book series. It was a very long story so I knew I had to break it into chunks, and I looked for areas to separate. I noticed that there were four relics in the story and each section centered around the respective relic, and that's how the series came to be as it is now. Up until LE FAY, I had only written standalone stories so to suddenly have a 4-book series on my hands was a big change. I'm very happy to have finished the vision I had in 2011 in the exact way I imagined it.

I remember plotting that the final LE FAY book would come out in 2017. It seemed so far away. And now... here it is!

I would love to know what you thought and would appreciate reviews on the finale. Since the series has concluded, any help getting the word out about the series will be more helpful than ever!

Future posts: I will post some more of my Le Fay travel photos as well as artwork and excerpts. Please let me know if you have any requests.

As I mentioned, more books are coming out. I have 6 new books penned in various states of production. I will start posting news on them in the new year.

In the meantime, please help me celebrate SPEAR and the conclusion of the LE FAY series!

Party mix for SPEAR below:

Thank you all for being a part of this journey!