During the summer I practiced drawing in cartoony style. You're probably used to seeing more of my dark serious art, so this will be something different. I chose my CLAN characters to draw...and today, I will show them to you!

Six years ago, I wrote down three names on a piece of paper: Twain, Buster, Chad. The three names created a strange electricity with each other. I knew, without having written CLAN yet--that these three were going to be the main characters.

So here's a quick intro to the three! 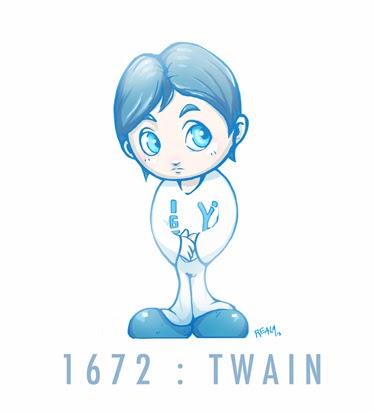 TWAIN (numbered 1672) is the main character. He was illegally created to be different from his fellow brethren. His creator hid him for most of Twain's young life. Growing up sheltered, he is naive at times and apprehensive, very analytical, observant, and contemplative. He is the most level-headed of the three characters. Having studied in isolation, Twain is smart and talented with computers. He will never judge you without understanding you first. If there's a mystery, Twain will find the answers. Above all else, Twain is pure and transparent--a quality that wins Buster and Chad's trust.

BUSTER (numbered 1249) is Twain's first friend. Buster believes in individualism and the idea of "narcissism" doesn't seem to bother him. He loves to ride on his airboard. Buster is the most dynamic and loudest of the three main characters. He talks a lot, has a lot of opinions, has a lot of things to do, and wants to shake things up. He is idealistic and aspires to help other Clans who are in trouble. He has a strong sense of justice--though he has a tendency to twist justice to suit himself. He is warm, outgoing, and friendly. However, Buster is not all what he seems to be—he has secrets and a dark side that he keeps hidden—and this side will only show when you least expect it. 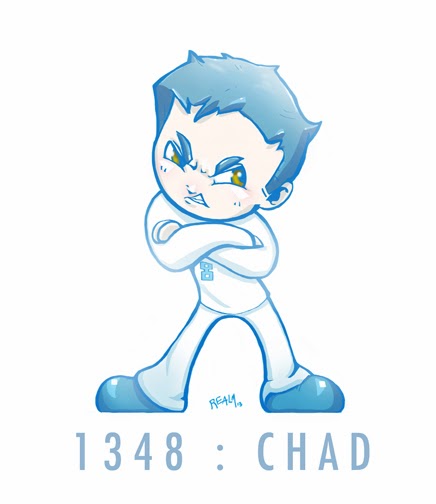 CHAD (numbered 1348) starts out as Twain's bully. Chad is the most conservative of the three main characters and can be pretty stubborn and narrow-minded. He is "narci-phobic" and hates anything out of the ordinary. He wants to be a perfect Clan; perfectly Unified. But there's a passionate spark in him that causes him to not quite fit in with his sterile clones. This causes him to be grumpy most of the time. However, Chad has the biggest heart and will be the first to help his friend. He is short-tempered, emotional, sensitive, and brutally honest—he will never tell a lie. If you're lucky enough to win his love and loyalty...he will protect you till the end of time.

I hope you enjoyed my drawings and the character bios! It is my hope that readers of CLAN will love these boys as much as I do.